Winter has come and we must hike.

Not fearing the snow that has already fallen, Loki and I decided to try for Mason Lake. The hike called for a strenuous uphill, 2500′ of elevation gain in just over 3 miles, while trudging through a few inches of accumulated snow. The weather channel was calling for only a 20% chance of precipitation so it was reasonably safe bet we’d get a more realistic 60-70% chance of snow during our hike. Washington weather… Winner winner chicken dinner, as we crossed the mile marker snow began to fall, heavier and heavier and heavier. There were a few groups before and behind us so I felt pretty safe that if anything happen, there would be enough people around to help out. As the trail began to clear the tree line, there was nothing to stop the snow. We crossed several boulder fields through the snow, carefully picking our footsteps so that we don’t plunge a foot into a hole. As we reached a fork in the trailhead, one going for Bandera Mountain Peak and the other for Mason Lake, a lady had set up camp for food and relaxation. She warned me and the group of 4 just behind that both trails were super narrow and picking your way through might be dangerous. I elected to let the group behind me pass and Loki and I would follow them towards Mason Lake. A few hundred yards up the trail, in the ever intensifying snowfall, I stopped to take a picture and Loki began to pull back down the way we came. He was done for the day. We carefully turned back and got to cover. After resting for a few minutes we beating a hasty retreat to the parking lot. On the way down, the sun found a hole in the clouds and warmed us up, but it was only a fleeting appearance. By the time we got to the paring lot, the clouds were back and the snow was falling again. I wish we could have gotten to the lake but being safe is more important. Next year we’ll be back 🙂 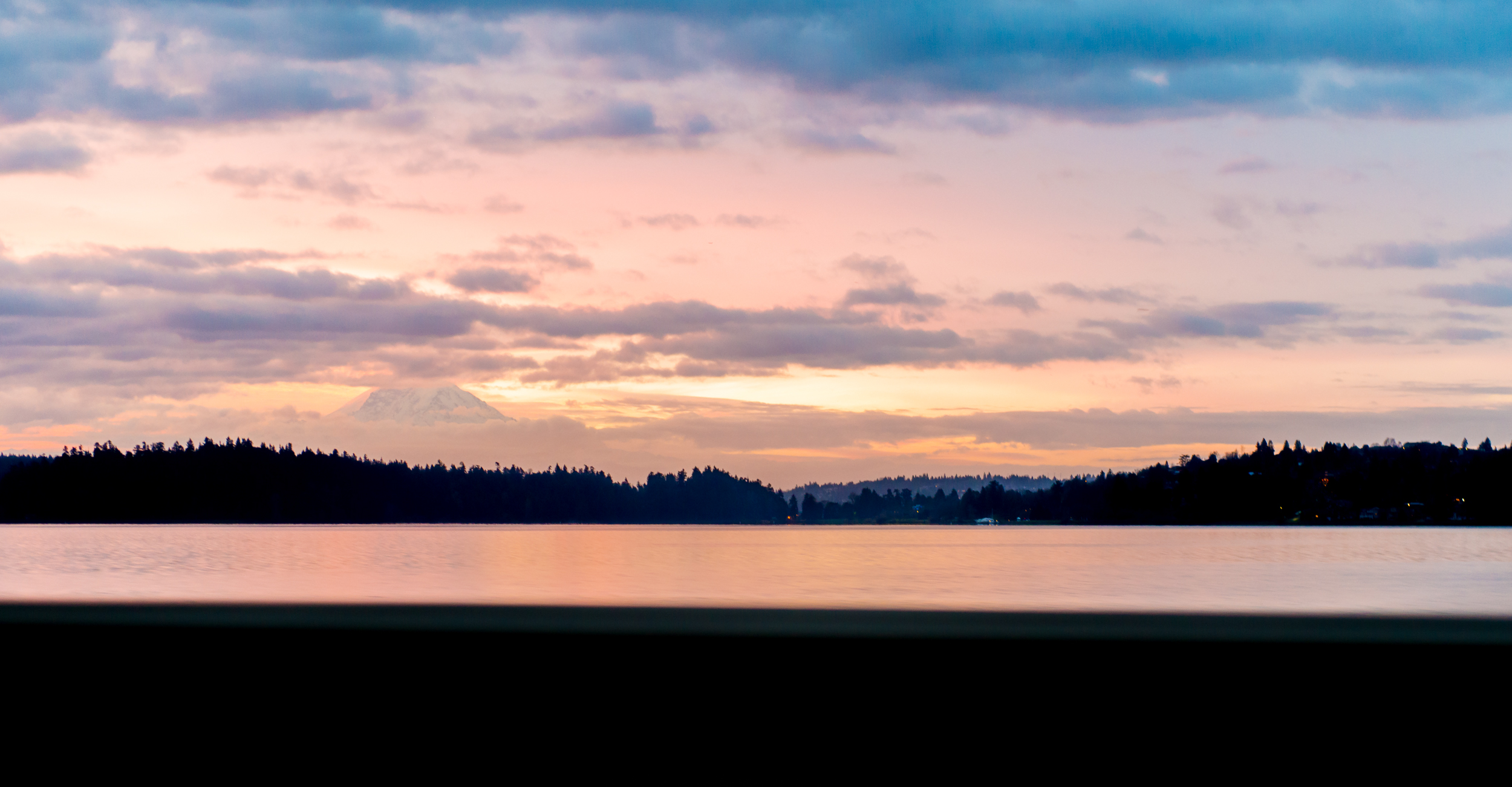 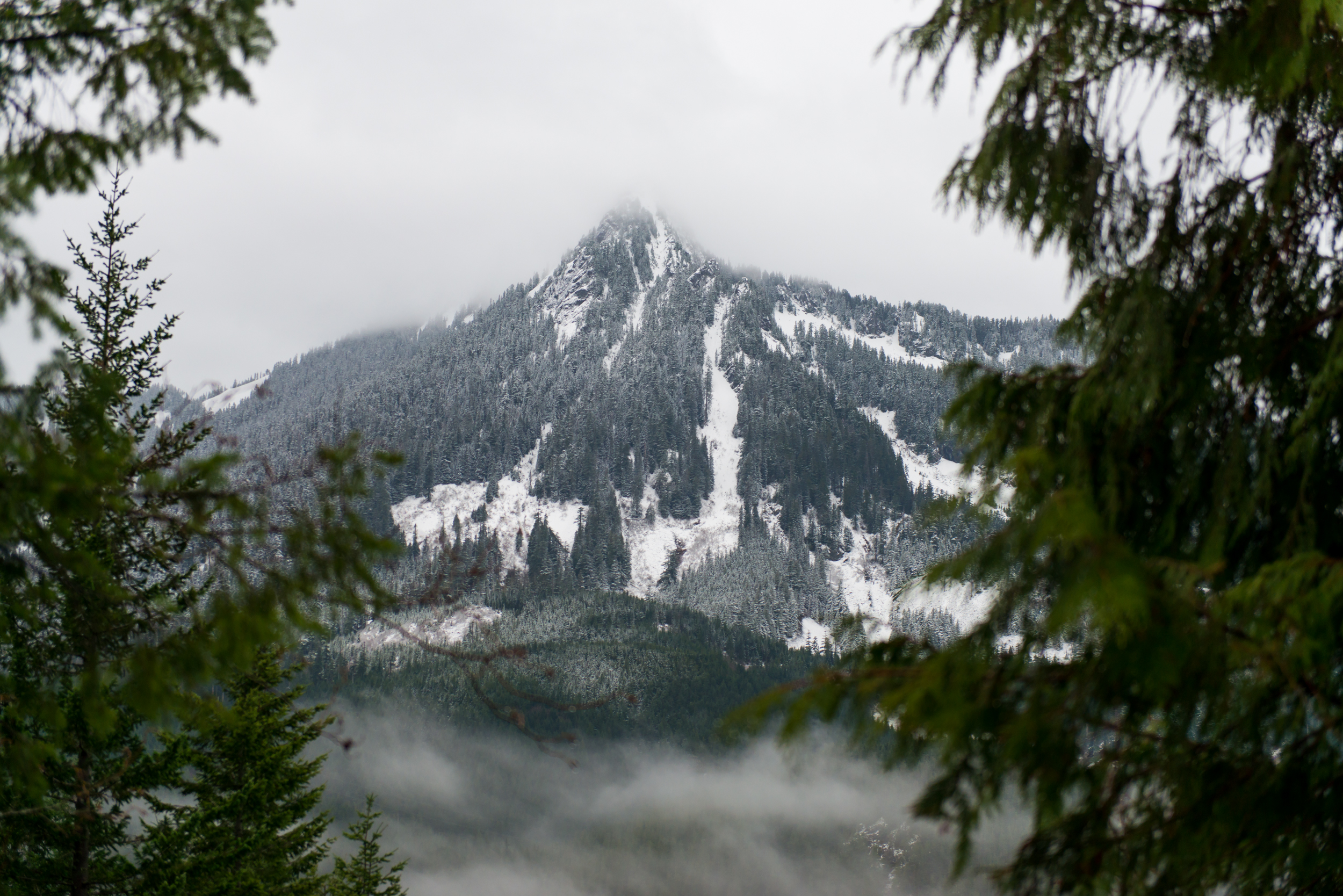 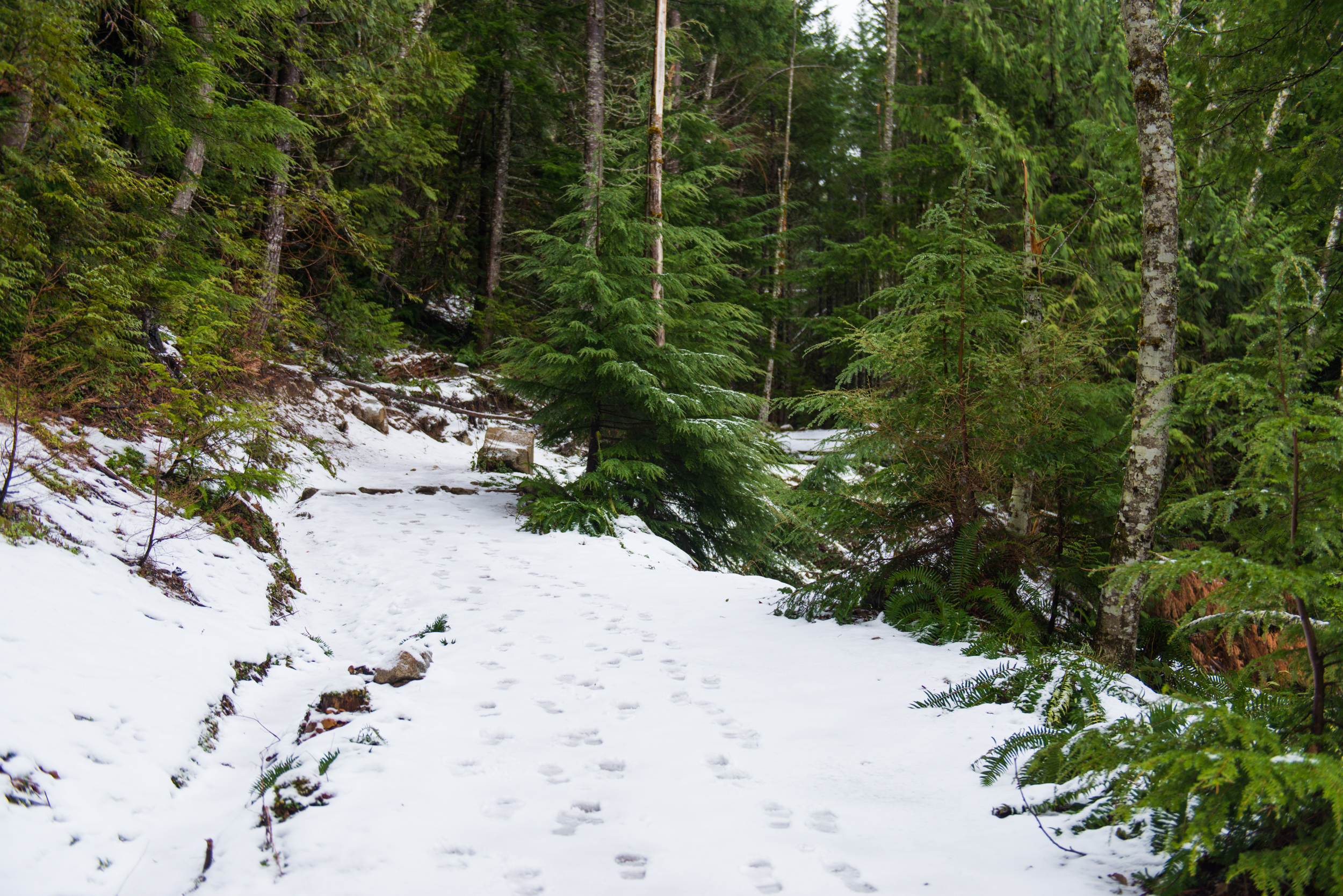 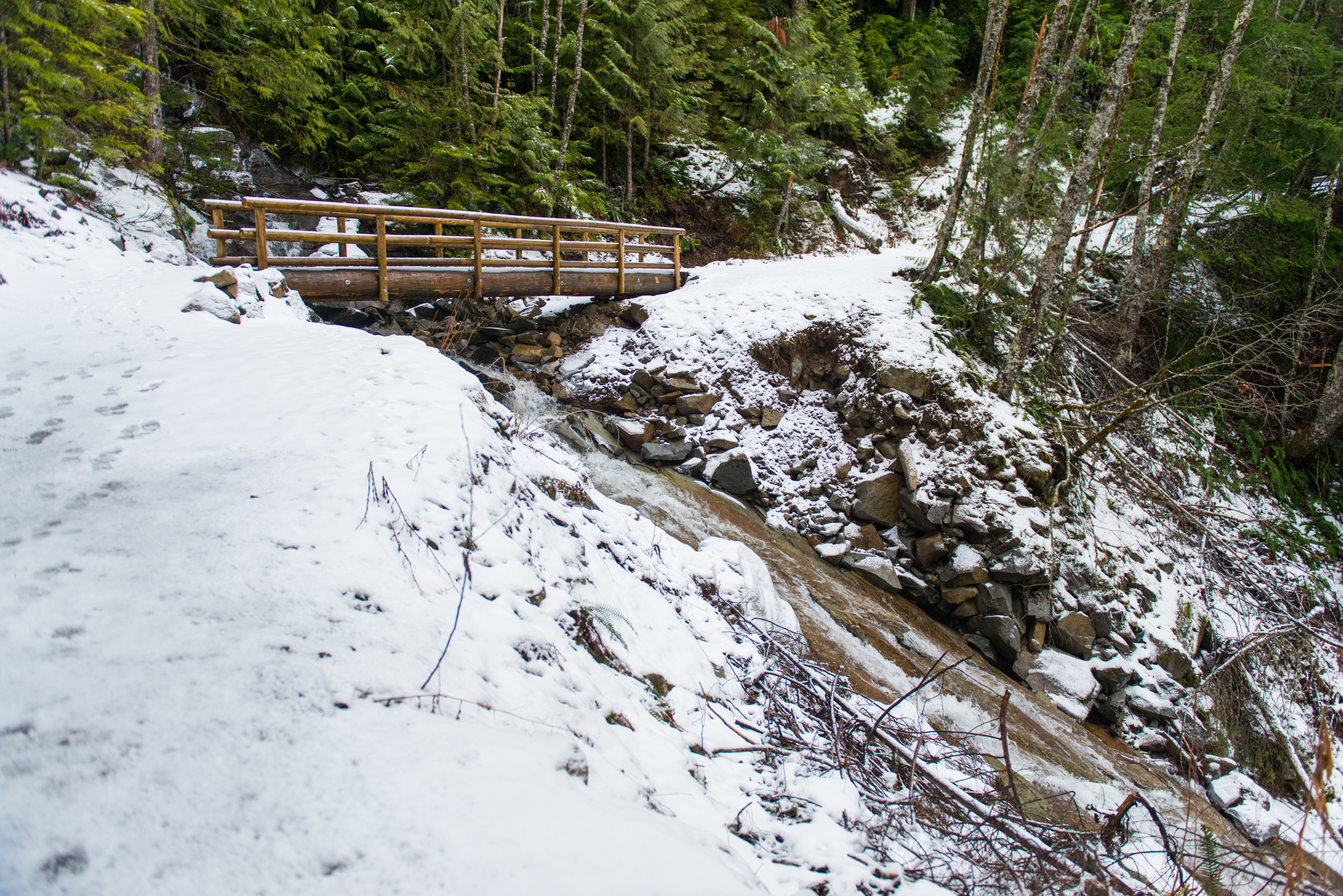 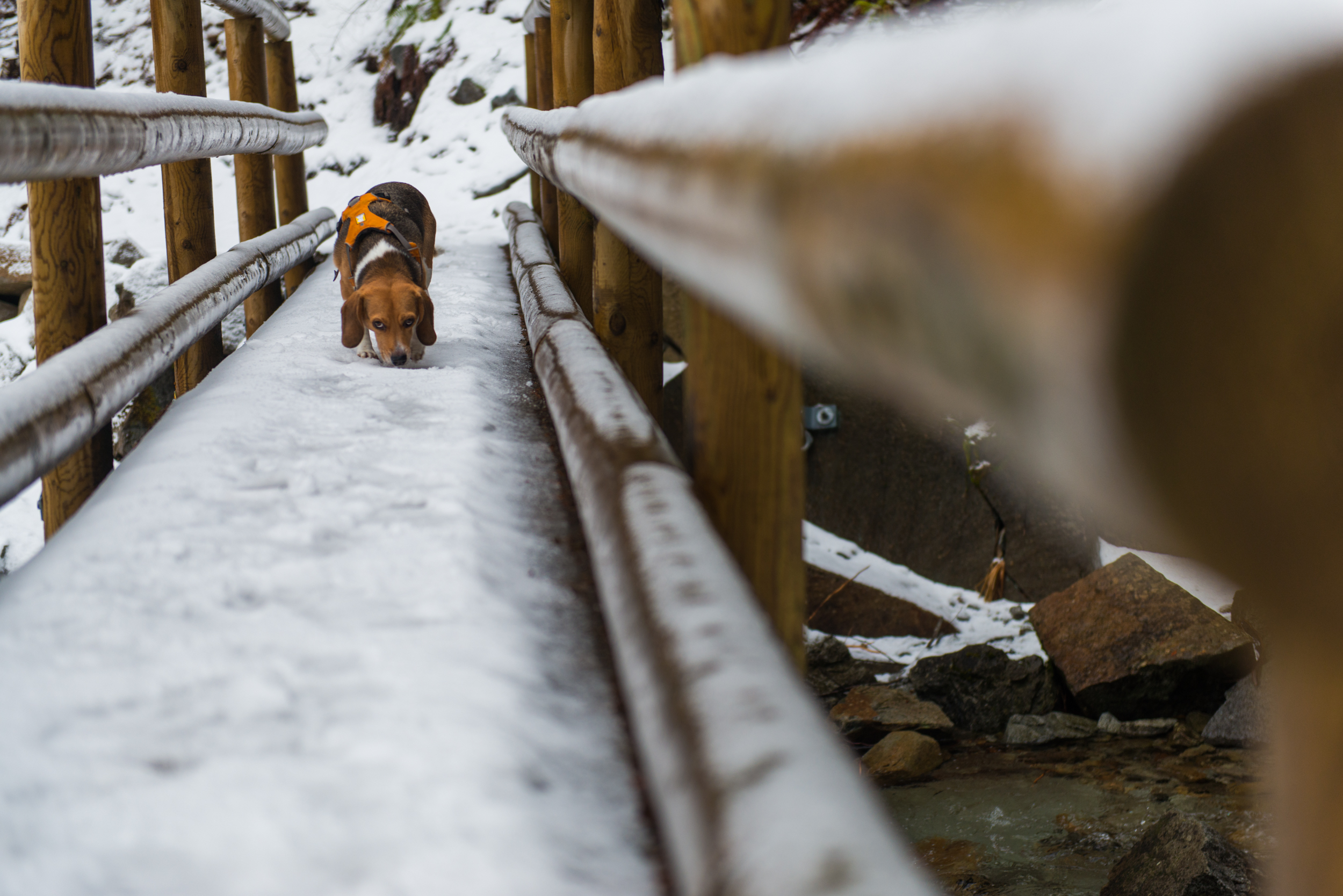 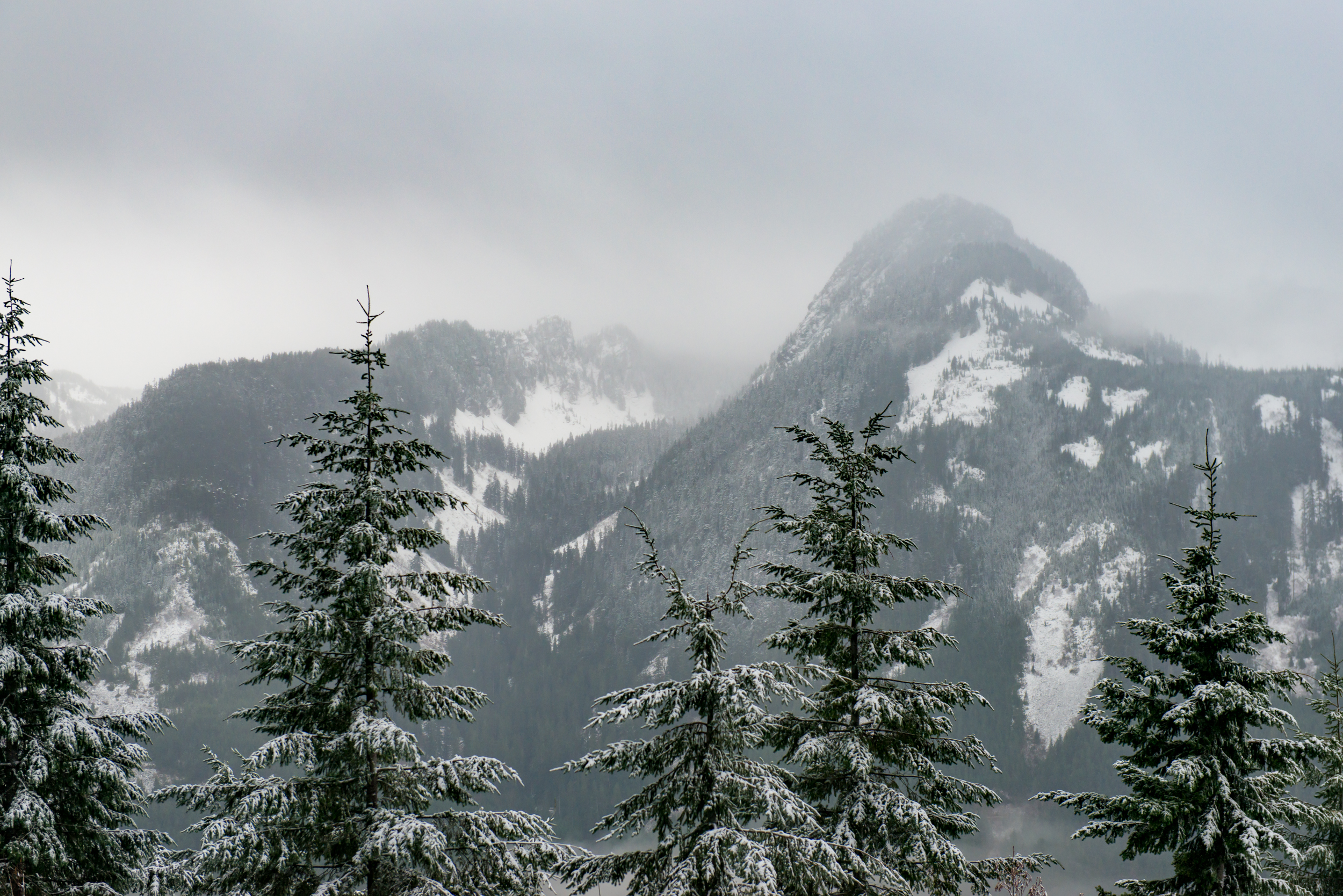 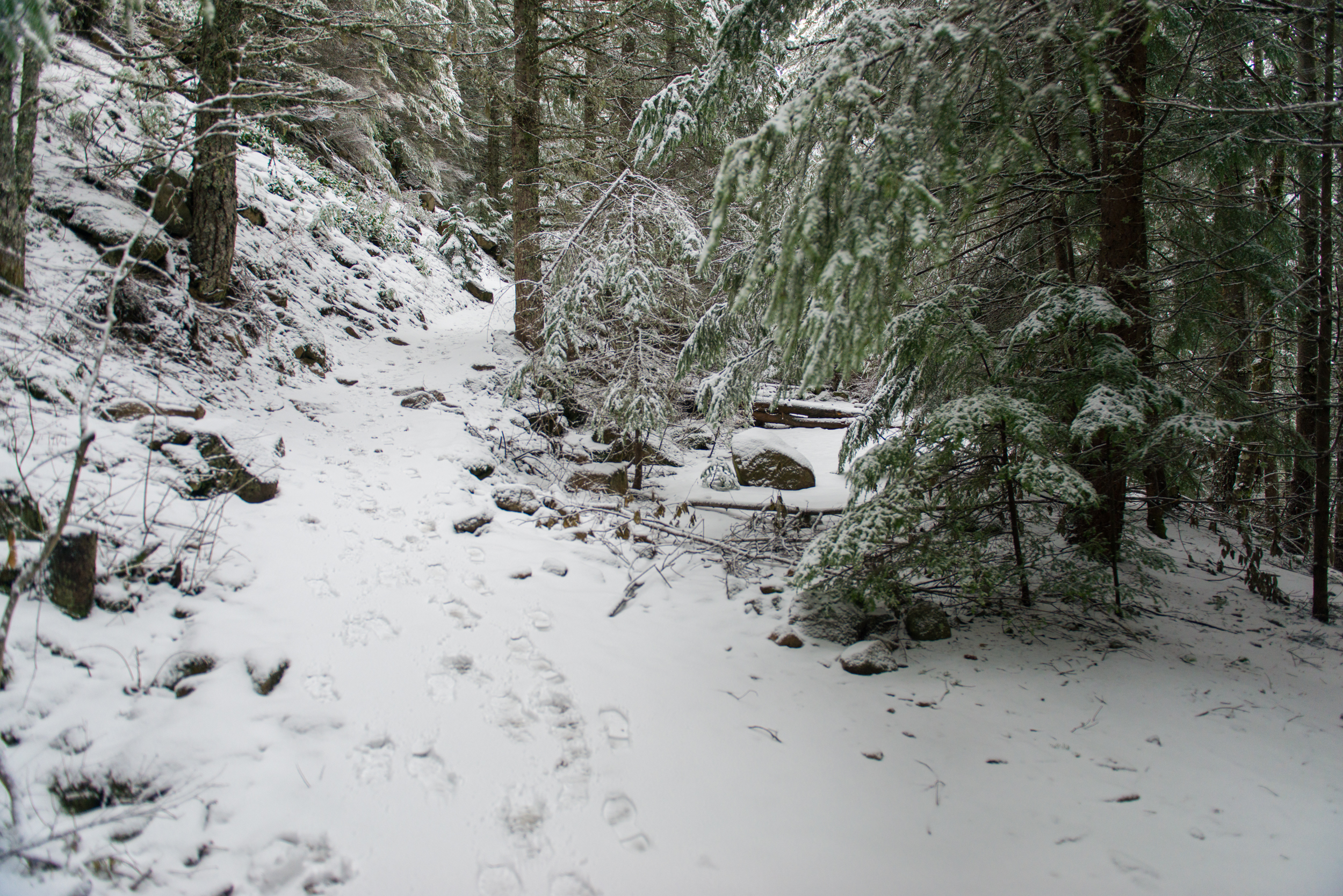 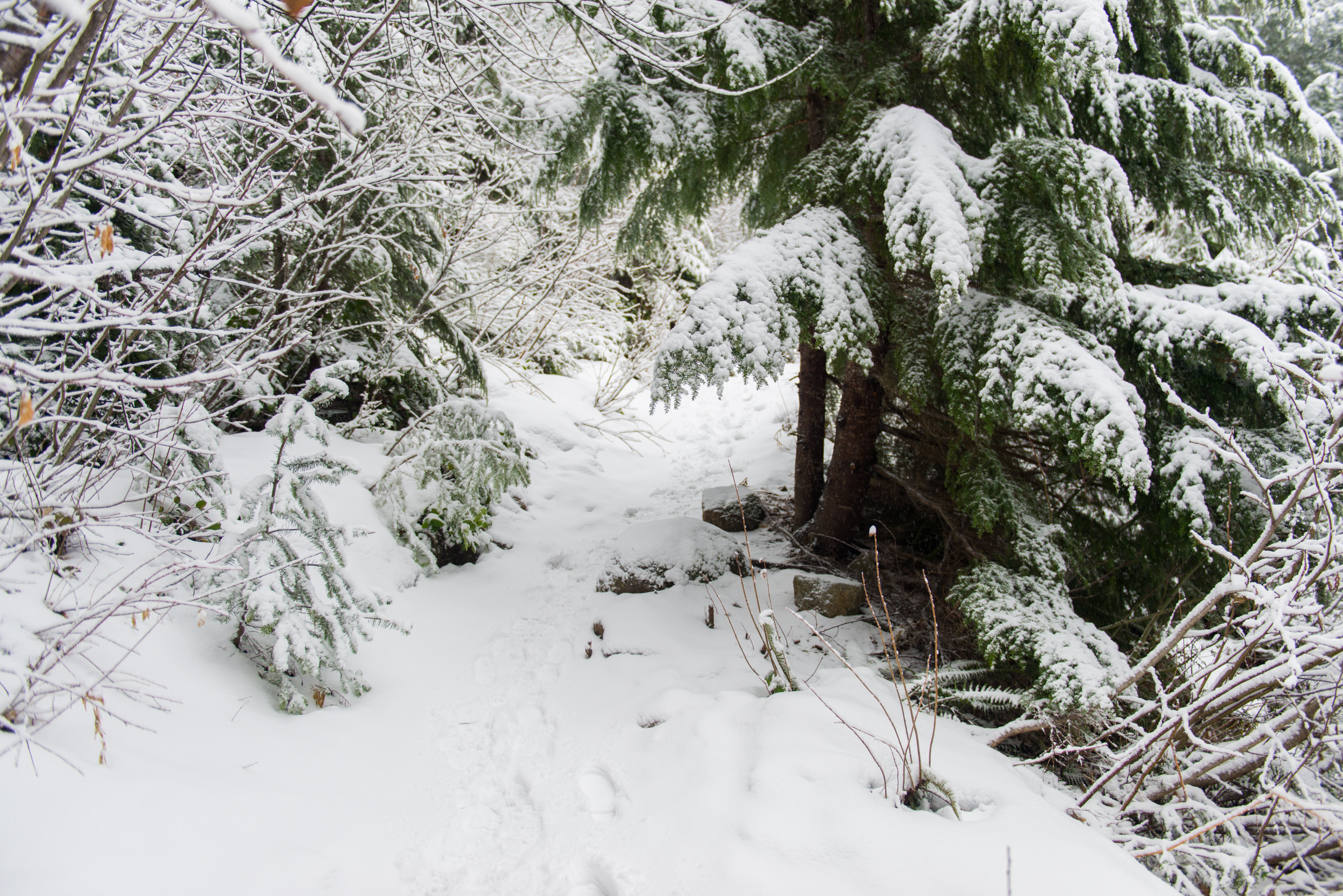 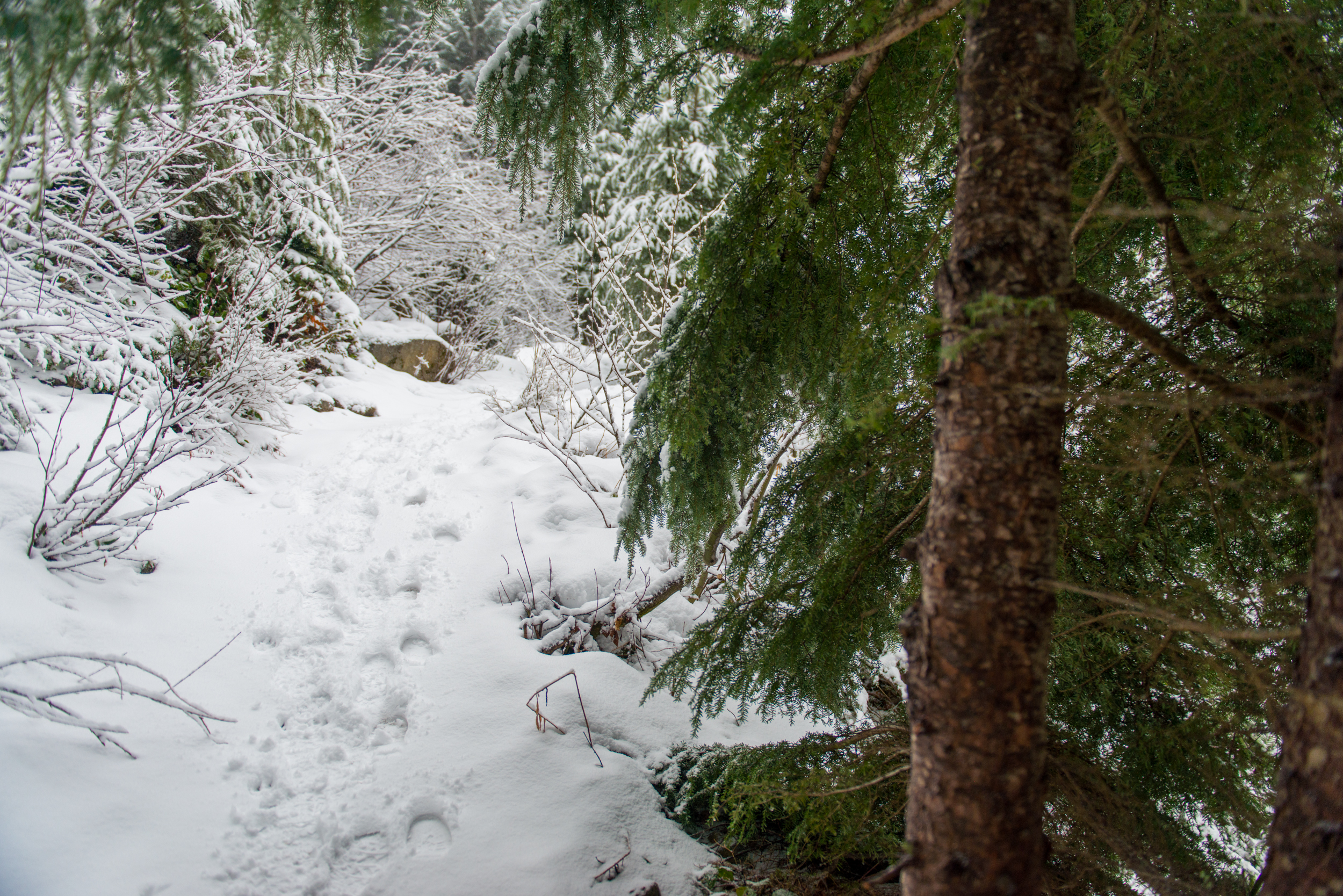 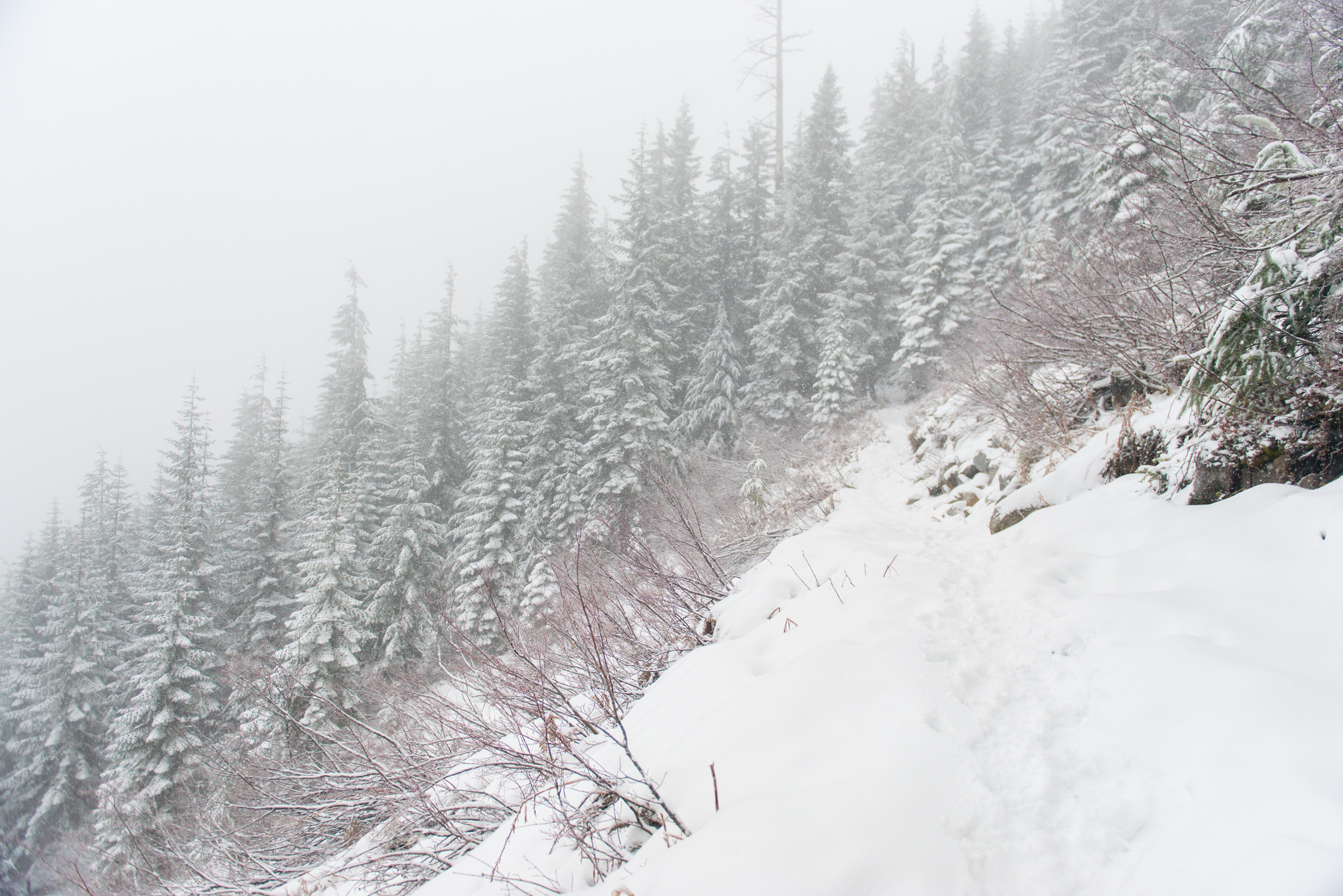 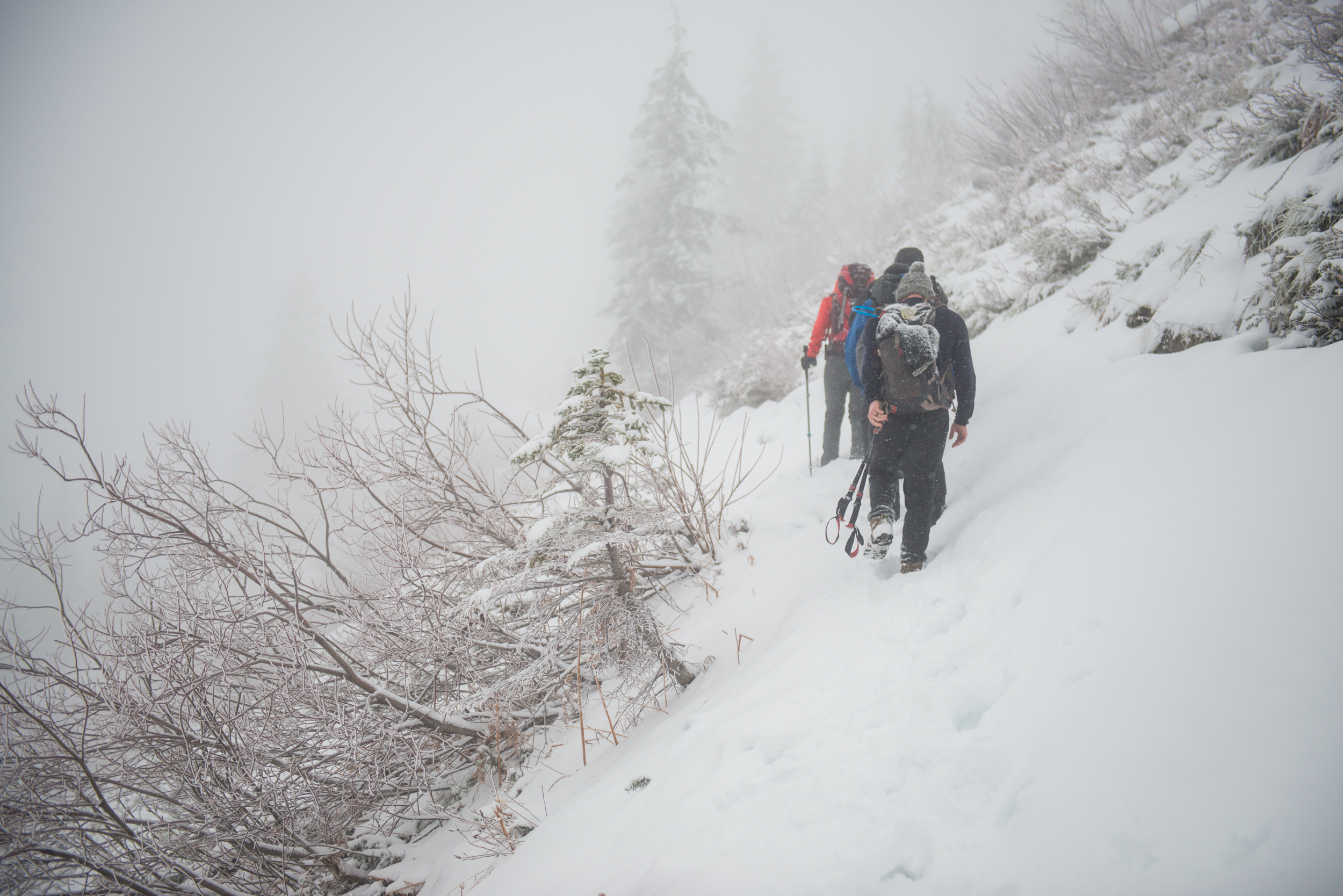 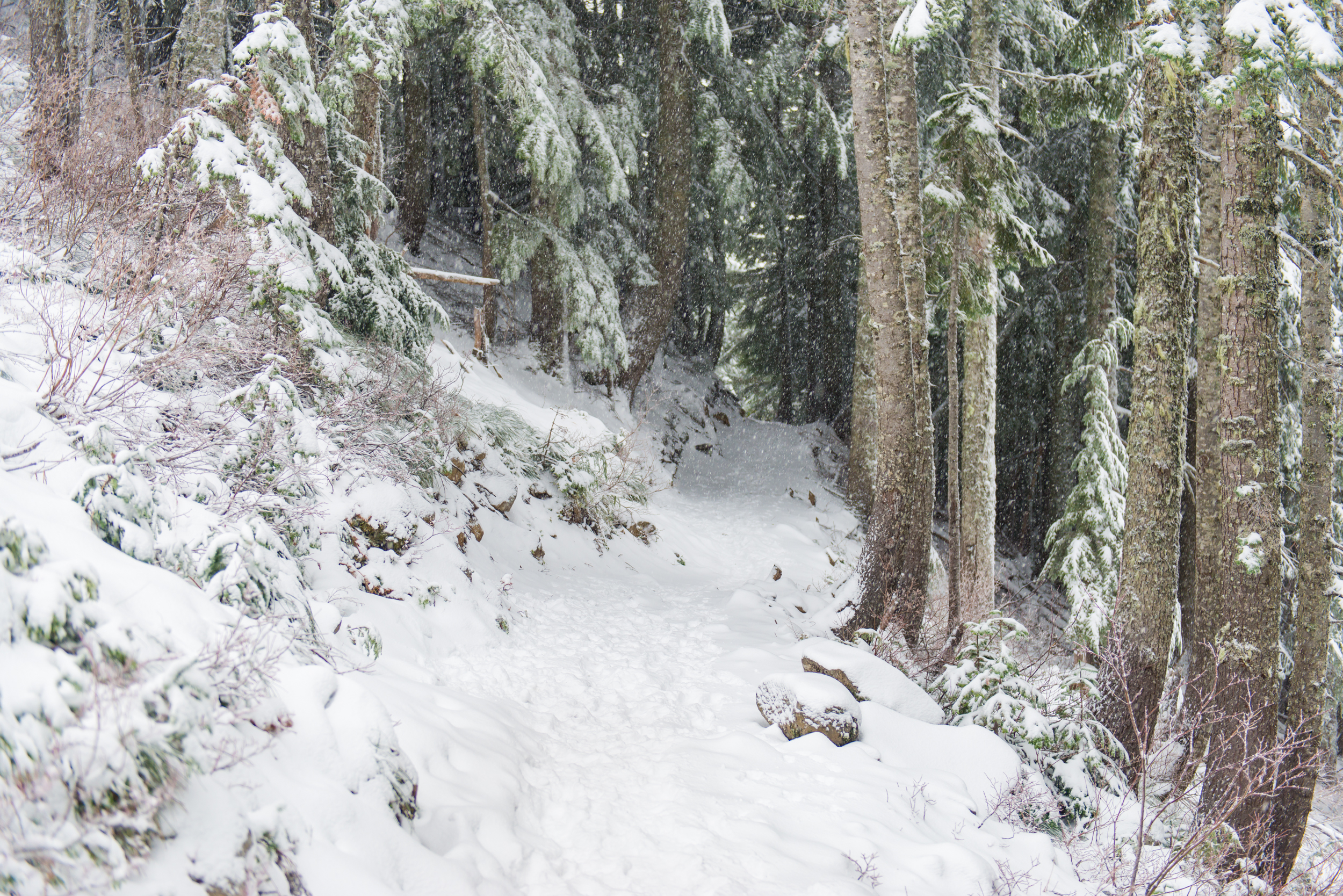 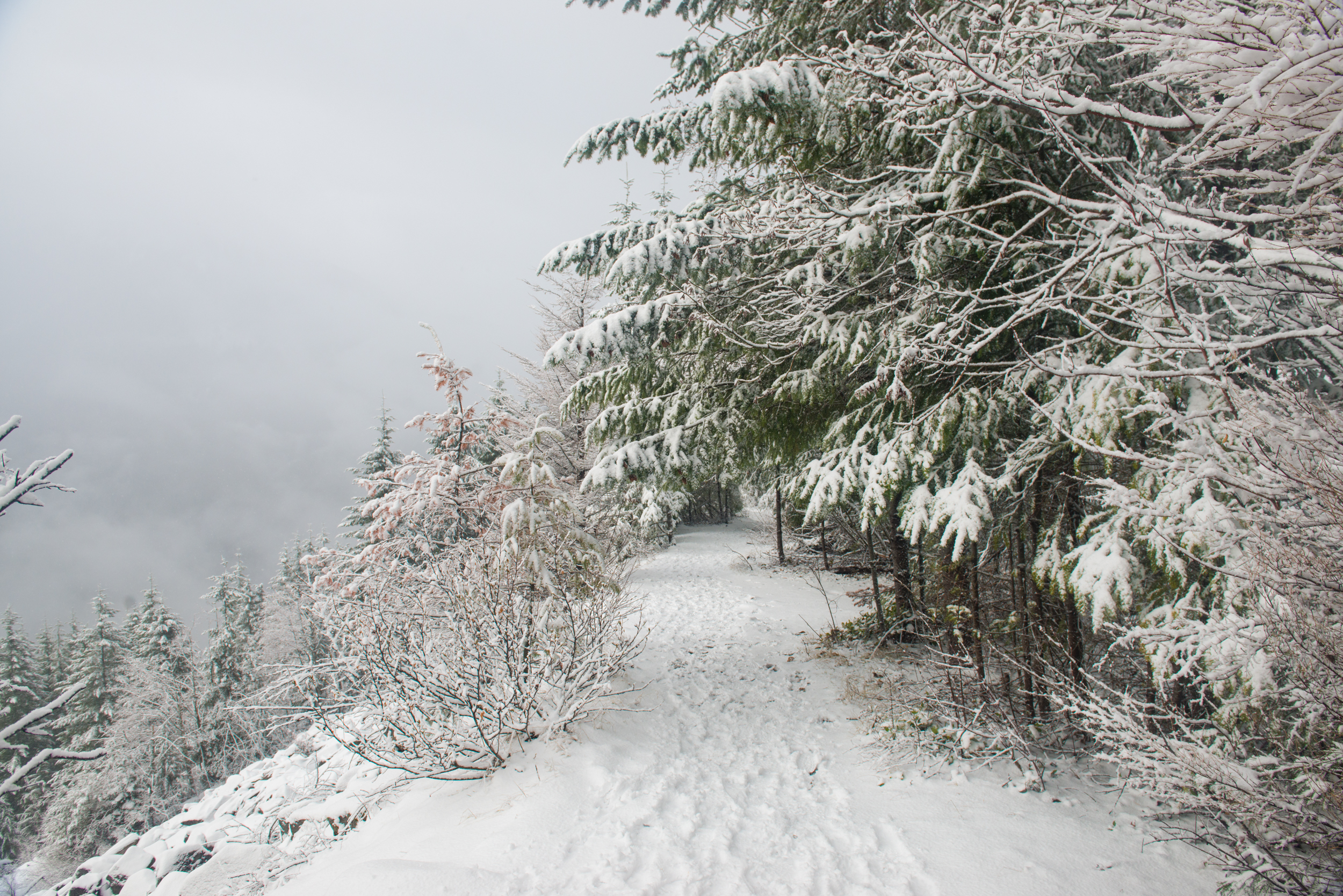 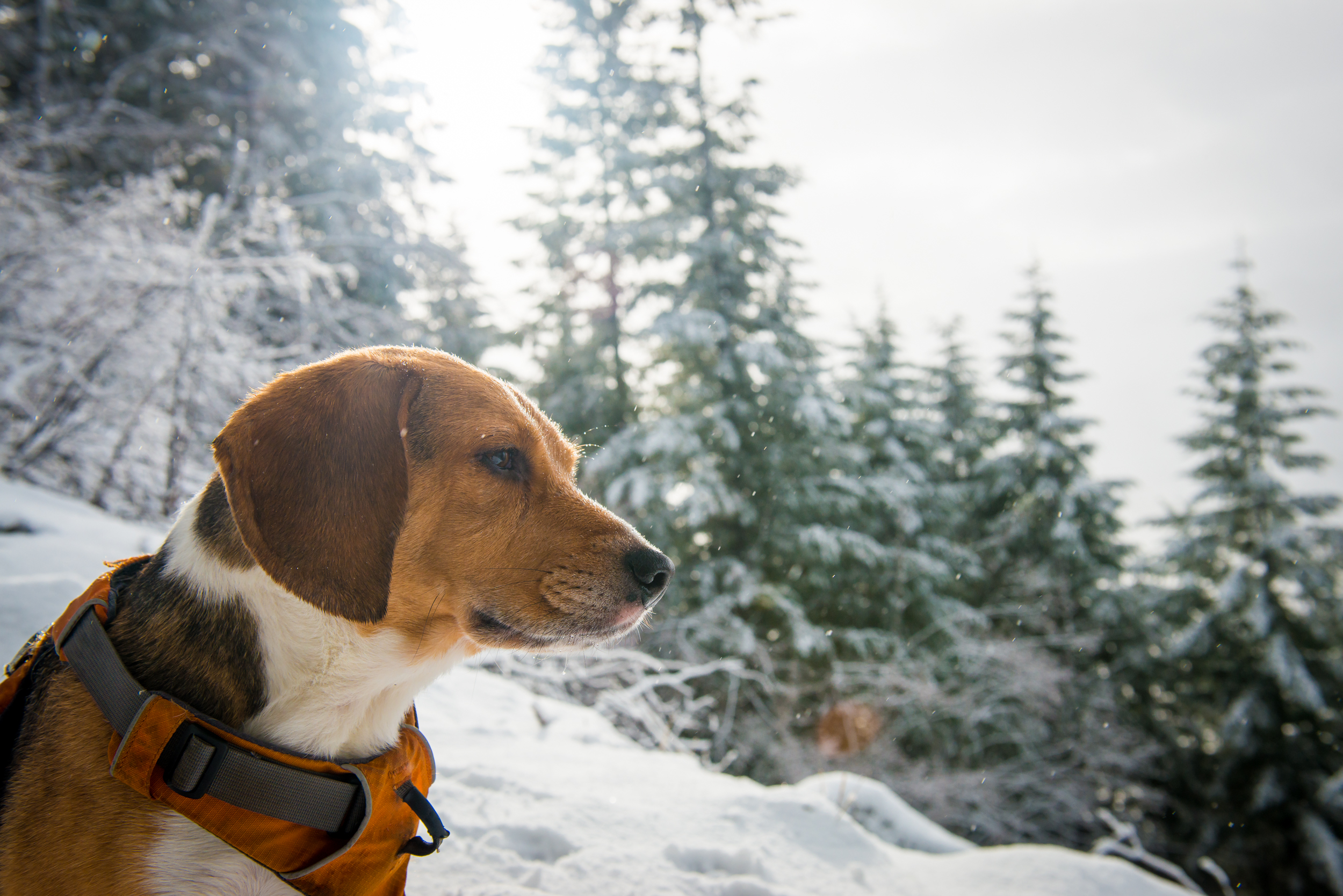 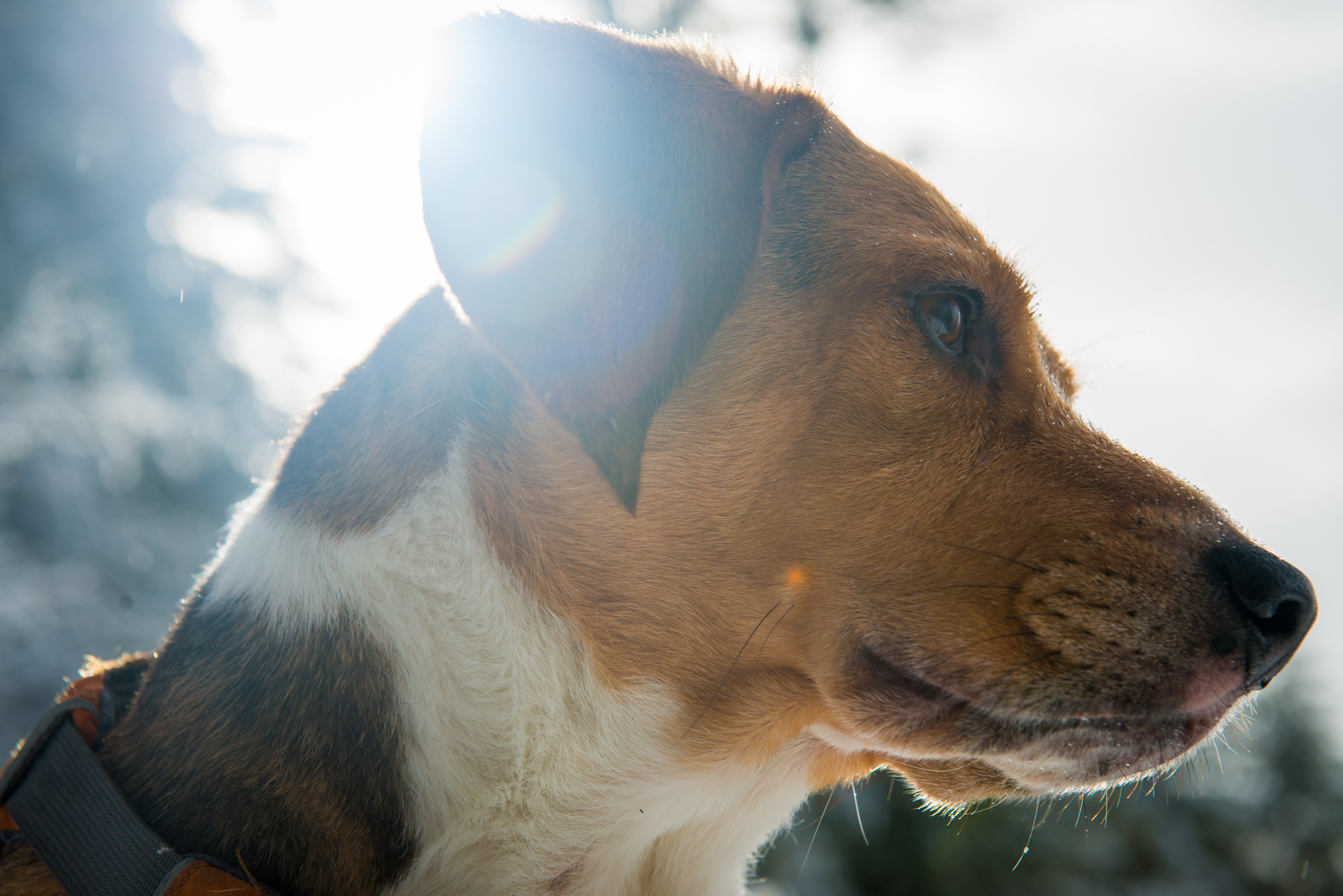 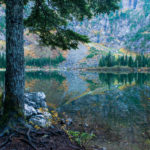 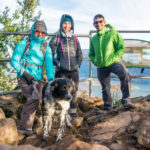